Return of the GIF 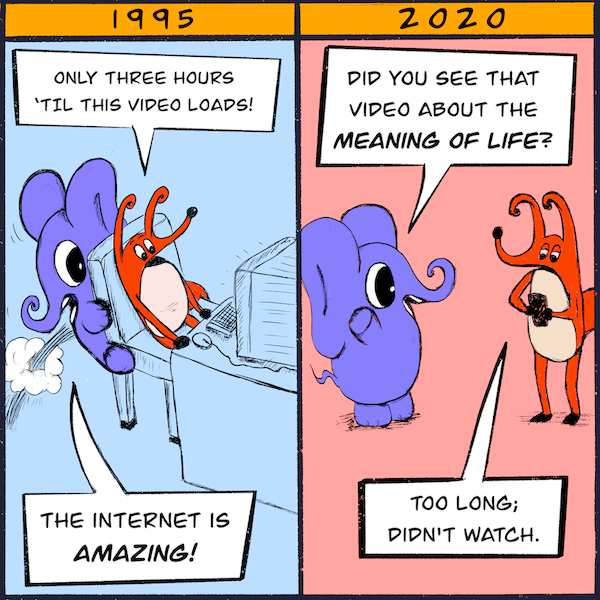 I’ve been thinking a lot about GIFs lately (as one does).

GIFs were invented in the age of dial-up internet. People wanted to be able to exchange images quickly, even on a slow connection. GIFs served that need perfectly. However, as network speeds grew over the years, GIFs became less popular, and were looked at as low-quality, antiquated forms of media.

For a brief number of years, GIFs were on the brink of extinction.

Fast forward to today: Every day, on virtually every social media platform, millions of people are watching and sharing GIFs. Their popularity is unquestionable, and they enable people to express feelings, stories, memes, and cultural belonging, all with a single animated image.

So, if GIFs were designed for dial-up internet, why are they still so popular today?

There are a few contributors to their return to fame, but I believe the biggest factor is our shorter attention spans. Since the smartphone era began, emojis have exploded in usage, primarily due to their ability to convey so much information in a single character. For the same reason, people use GIFs to quickly convey feelings, memes, cultural associations, and more –– all in a few seconds.


Let’s take a stroll down memory lane: It’s 1987, the internet has just begun to take off, and CompuServe is one of the leading internet providers bringing millions of American homes online. One of the biggest limitations to the internet’s appeal, at this stage, is that most of it is entirely text-based. Videos are simply too rich a media to transfer efficiently over slow modem connections. Steve Wilhite, one of CompuServe’s engineers, was working on solving this problem.

Wilhite would go on to invent the Graphical Interchange Format (GIF), which utilized image compression to enable faster data transfer on slow connections. The first GIF ever uploaded turned out to be a perfect symbol of the achievement – a plane soaring through the skies:

When you look at this image, you might see a low quality image of a plane.

But try to look at it from the view point of someone living in the 80s –– their concept of a webpage on the internet was based on text and links. The few images they did see were often in formats such as RLE, which were black-and-white only.

Not only did the GIF format support color, but also would quickly support animated images, without the heavy bandwidth needed by video formats. All of these features combined to created a new kind of dynamic media that was rich, portable and universally accessible.

Of course, with great innovation comes great controversy, and GIFs are no exception. To this day, society is still plagued by the great divisive question:

Luckily, the creator of the GIF chimed in on the matter:

“The Oxford English Dictionary accepts both pronunciations…” Mr. Wilhite said. “They are wrong. It is a soft ‘G,’ pronounced ‘jif.’ End of story.” –NYTimes

In 2013, as he accepted his Webby Lifetime Achievement Award, Wilhite once again spoke out on the matter and made his stance incredibly clear.

For what it’s worth, I’m squarely in the jiffy camp.


Since the GIF was introduced, internet speeds have increased globally. As network speeds increased, the pressure for low-bandwidth images eased, and GIFs became less relevant. It seemed like the GIF format was headed for an inevitable sunset.

In true Darwinian style, however, the GIF evolved and found a new way to stay relevant. As its mastery over network constraints became irrelevant, it found a new constraint to serve: Attention.

Much like emojis, GIFs are a form of fast, expressive media used in everyday conversations. People want to consume smaller and shorter forms of content, and GIFs are an excellent candidate to address this need. 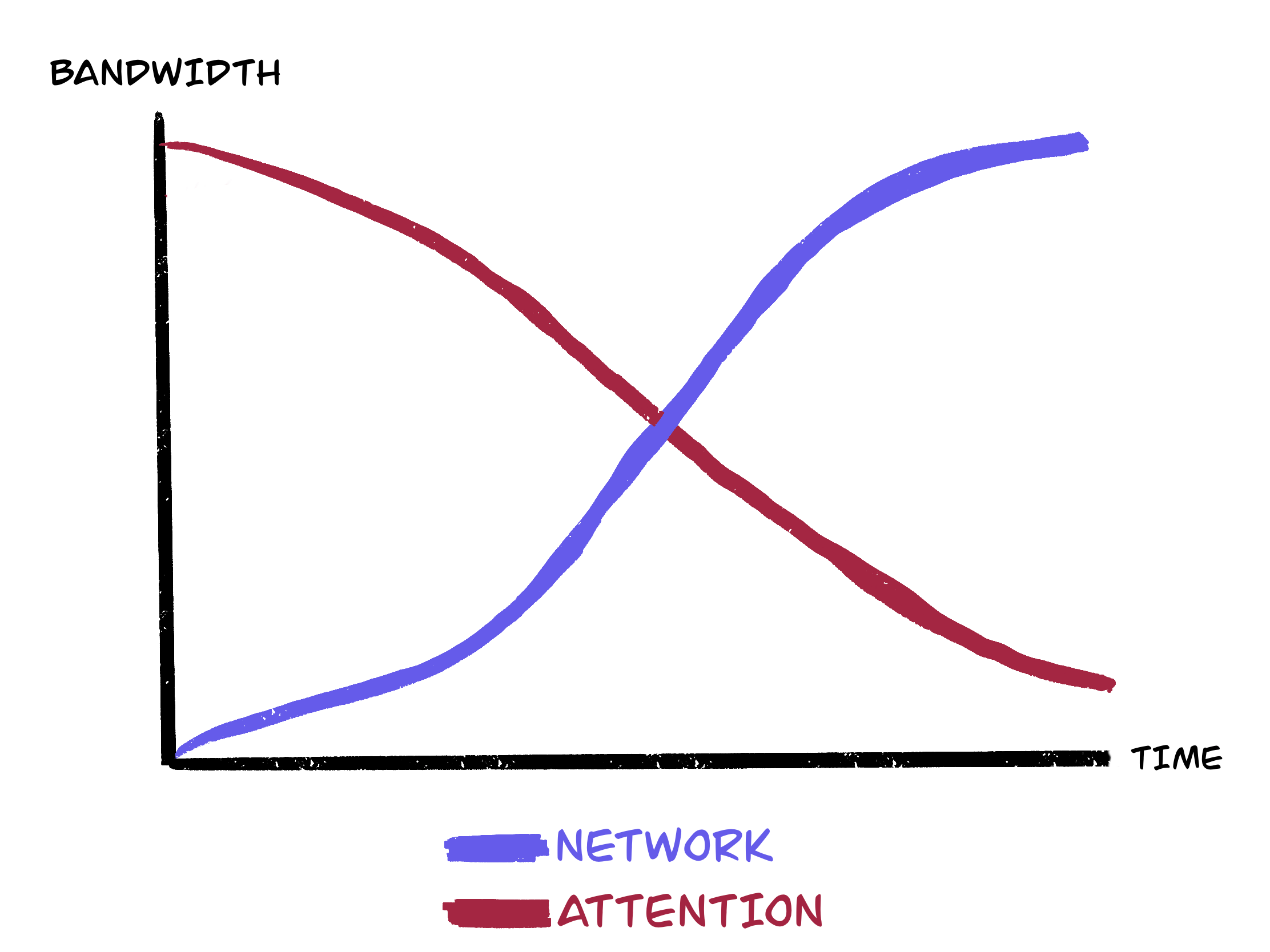 GIFs cater to low attention spans on both sides of the equation. The sender and the viewer only have to invest a few seconds to get value.

All of these features send a signal that technology companies recognize the inherent value in the GIF format, despite its age. As platforms continue to provide new and improved capabilities, we can expect to see even more creative forms of expression leveraging GIFs.

Even as its technical format changes, the looping animated image is likely to persist.

GIFs are one of the great storytelling mediums of our time. They weave together rich tapestries of history, community, and emotion –– all in the span of a few seconds.

The next time you see a GIF, be sure to appreciate the magic in every looping moment!