Once a New Yorker 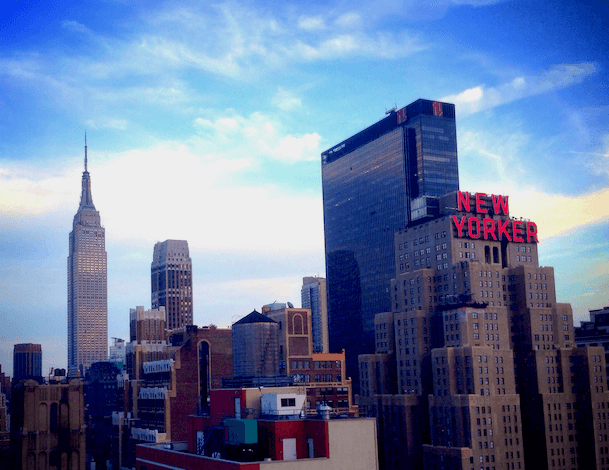 I miss wandering the streets of Manhattan.

I’d walk by five different groups of people and hear five different languages. The scale of its racial and ethnic diversity was a wonderful thing to experience. I could walk down any street and feel like I belonged.

I remember getting an impromptu text from a friend. I hopped on the subway and was standing next to them fifteen minutes later. There came a sense of liberation through that kind of mobility — movement is at the very core of the city’s DNA. Everything and everyone felt like a subway ride away. I only lived there for a couple of years, but its imprint on my soul will last a lifetime.

These memories feel distant and fuzzy now. They’re no longer grounded in reality. After the devastation from the first wave of COVID hit New York, its urban freedom became a necessary sacrifice for survival. The city that never sleeps finally went to bed. But how does one sleep with the weight of a pandemic on their mind? Instead of an exuberant city full of life, New Yorkers are sheltering in a ghost town.

Like many of its global counterparts, New York is a city that thrives on density. Its greatest strength has become its noose. COVID has set its foundation on fire.

I’m worried about its future.

Since the pandemic shutdowns began, we’ve seen an exodus of people moving out of cities and into suburbs all across America. I’m watching it happen in the Bay Area. Once the main benefits of city life disappear, the high rents became harder to justify. Drew Austin put it best in his latest piece on Manhattanism, noting “It’s not that the suburbs suddenly got better, it’s that cities sank to the suburbs’ level momentarily, while remaining more expensive.”

Drew also draws attention to another key factor: the proliferation of remote work.

We now possess much better tools to make a post-spatial, post-urban world tolerable, if not quite desirable, this time around. Digital infrastructure for remote work, shopping, education, and even social life is more viable than ever, drastically improved versus even ten years ago.

With increased flexibility comes greater tolerance for life outside the urban jungle. For those with the privilege of being able to work remotely, moving to get more space or greater proximity to nature is a tempting option. Many are choosing it. That said, remote work lacks the in-person interactions that help us communicate better and build stronger relationships. Remote work comes at a cost of social isolation. This pandemic has shown us the true psychological cost of prolonged isolation, so I wouldn’t be surprised if we see people flocking back to offices the minute they get a chance. Either way, the adoption of remote work is high enough to significantly change the dynamic of cities, even after it becomes optional.

Meanwhile, thanks to America’s utter failure to respond to the crisis, the pandemic is still nowhere near under control. Shelter-in-place enforcements have continued far longer than expected. It has been utterly devastating to local business. Because of their dependence on foot traffic, many New York establishments have lost their entire source of income.

Many New York businesses will not survive the shutdowns. The economic impacts will ripple long after stores re-open. A recent survey reported that 80 percent of establishments were unable to pay their full rent in June, with 36 percent unable to pay any rent at all (NYPost).

It’s going to be a long and uphill road to recovery.

Is there any room for optimism on New York’s future? I believe so.

Above all, New York’s culture is what drives so many to make the sacrifices necessary to survive it. As a city, it has persevered through many periods of devastation and is sure to find its way through this one. It’s likely that the struggle of the pandemic, and the path it takes to emerge out of it, will become part of the fabric of the city. If anyone can survive this, it’s New Yorkers. They’re tough as nails.

Beyond the resilience of its cultural draw, the city has a chance to use this moment to redesign itself for the better. As Einstein said, in the middle of difficulty lies opportunity. Perhaps New York can learn from the Slow Streets movement taking shape in Oakland. The city is implementing changes to create more safe and socially distant outdoor spaces (e.g. restaurants with outdoor seating) and safer modes of transport (e.g. bike lanes). These address the needs of safety during a pandemic while improving quality of life for pedestrians and bikers in the process.

New York is following suit, but they can go much further. The city is no stranger to urban revolutions. Under the leadership of Janette Sadik-Khan, New York’s Department of Transportation led from the front in implementing a variety of initiatives to completely transform its streets. Janette recently spoke out on why she believes the pandemic presents a historic opportunity for New York’s streets:

New York’s transportation recovery strategy—its vision—must be equal to the immense scale of our challenges, and now is the historic moment to act, not with half measures, but with decisive action to adapt New York City’s streets not just for the pandemic response, but for the new New York that awaits in the recovery.

This generation of New York residents has both the burden and the opportunity to rebuild the city. The fruits of tomorrow will grow from the seeds they plant today.

As I write this, I’m perusing through old photos of my escapades around the city. All the wonderful memories are pushing me on the verge of tears. Despite the circumstances, I find myself wishing I could move back to New York. It’s like an old friend who needs my help now more than ever.

Suddenly, I hear a little voice in my head. It’s the voice of New York — the few remnants still imprinted in me. I listen closely and hear it say:

Oh shut the fuck up already! We’ll be fine.