Waiting for motivation is a losing game.

Too often, I’ve sabotaged my goals by telling myself I’ll do the thing when I’m “in the mood,” or when I have “the space to do it properly.” Lately, I’ve been trying a different tact:

Start with a tiny task. Then ride its momentum. 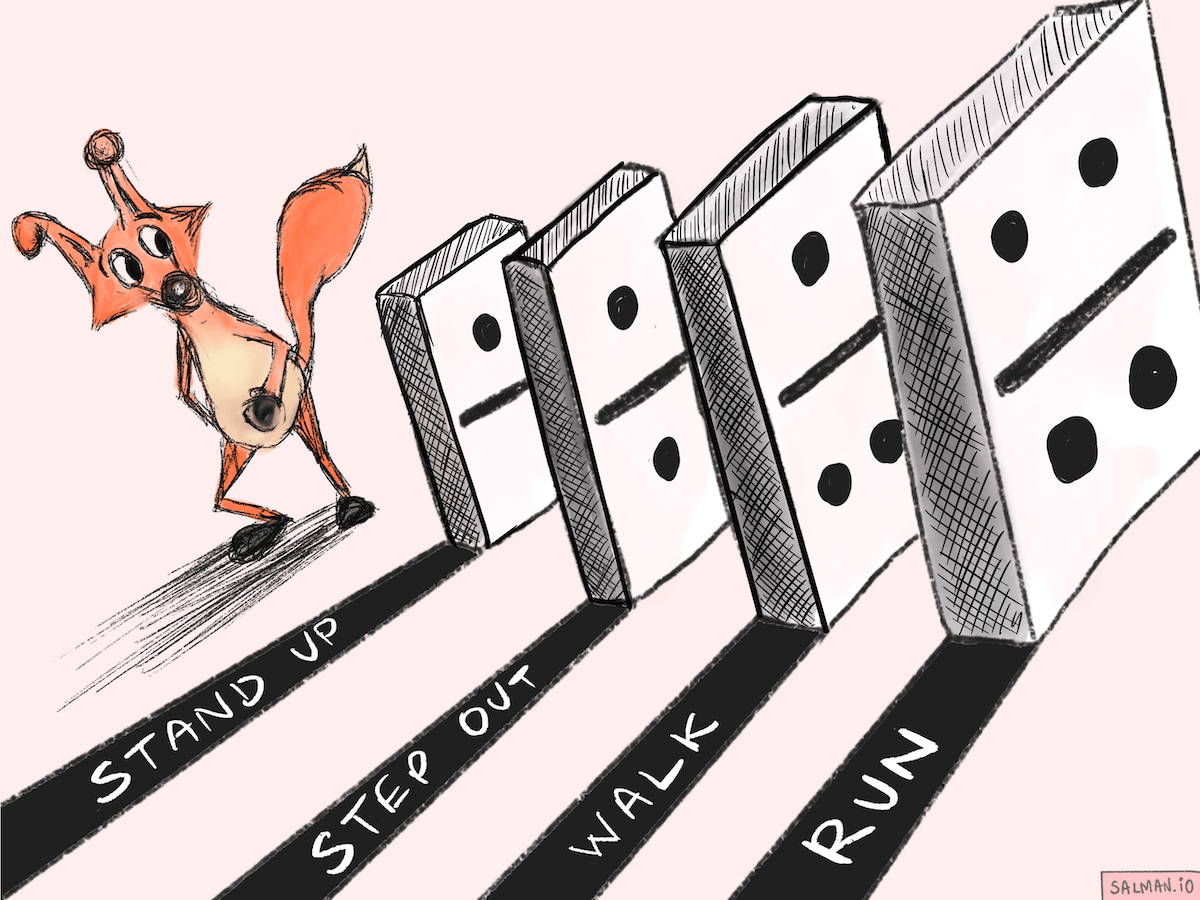 If I’m lying on the couch, it’s pretty difficult to motivate myself to get up and go for a walk. So, instead of telling myself, “Go for a walk,” I say, “Stand up.”

Standing requires effort, but I’m far more open to it than going for a walk. It’s a tiny task, which means it has a bunch of benefits:

A tiny task is low commitment. I could stand up and then still do nothing. I could sit down again. I could stare at my cats. The freedom of choice I retain with standing pleases me.

A tiny task lets me focus. It liberates me from having to think about all the things I could be doing. I can sweep all that away and just focus on doing the thing.

Tiny tasks offer us a moment of mindfulness to be fully present with our actions. On the power of the present moment, the philosopher Alan Watts noted, “Take each step as if it were the only one to be taken.”

Once I’m standing, I’m a different person. I’m not the same Salman that was lying on the couch. That was Lazing Salman. Now, I’m Standing Salman, and I’m willing to do stuff.

The idea of walking over to the kitchen doesn’t seem so bad, since I’m already standing. Putting on my socks and shoes is a reasonable request. Like a lighter that’s been sparked, I now carry a flame. It’s small, but if I use it with care, it can go quite far.

I shift from doing a tiny thing onto a medium thing. Next thing I know, I’m doing the big thing.

I sparked the start, but momentum took me the rest of the way. Once I was in the act, motivation magically appeared. “I’m already doing it,” I thought. “Might as well keep going.”

Any action, no matter how small, can spark momentum. Once we’re moving, we find the motivation to keep going.