The Magic of Boredom 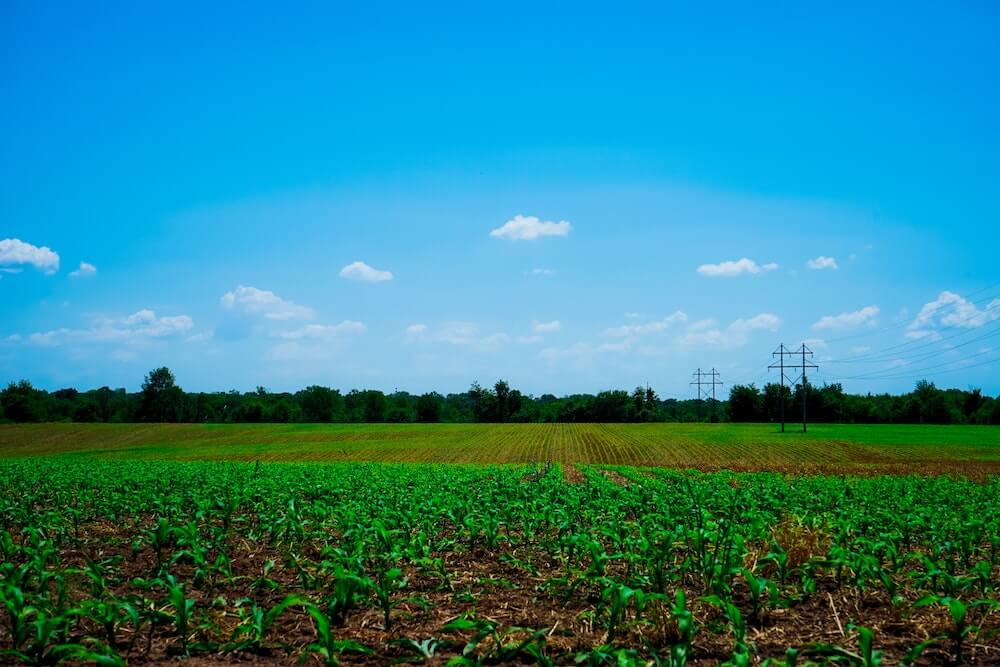 Back in the early 2000s, I was an IT intern at an agricultural engineering facility. I literally worked on a farm. The company did scientific research and engineering on different kinds of corn oil. I was hired by an IT manager who had thus far ran the IT department by himself. I was the first hire he had ever made. As I would soon learn, his expectations for my role were quite limited.

My job was simple: Once a day, take out the current backup tape for our company servers. Then, put in a new one.

That’s it. That was the entirety of my formal responsibilities.

Why the backup tapes, you ask? Let’s just say the company’s IT practices were a tad dated. All company data was kept on the internal network, which was backed up daily. The data backups did not magically disperse to “the cloud”. Instead they were kept on an on-site physical server, which stored the data on larger-than-VHS-cassette sized backup tapes. These tapes would fill up, and I’d swap them.

It took me about 1 minute to swap the tapes.

After that was done, technically I was done for the day. Of course, I ended up doing other things, some of which I’ll talk about in this post. But I wasn’t hired to do those things. The only thing the IT manager had in mind for me was ensuring these backup tapes were swapped. Everything else was bonus.

Needless to say, this wasn’t the type of job I had in mind when I enrolled in a Computer Science degree at one of the most reputable Universities on the continent. I thought I would be doing complicated things, and working at fancy tech companies. Alas, the tech industry had just crashed in dramatic fashion, and was still in recovery. My classmates and I had all struggled to get any internships at all. It had gotten bad enough that any job was considered an achievement for us.

I was thankful for the opportunity, and eager to make the most of it. At the same time, I was kind of depressed about the whole thing. My hour-long commute every day ensured I got there by the mandated time of 8AM. Then, I had the entire day to fill, and nothing to fill it with.

The first lesson I learned was that doing nothing is incredibly difficult.

As a young university student, I had initially giggled to myself at the luxury of being paid without many responsibilities. But the thing is, when you work in an office, you can’t really do much in terms of goofing off. You still have to pretend to work, even if you’ve been given nothing to do.

I found the experience tortuous. To my surprise, sitting and pretending to work was far harder than actually doing work.

Every day, I would report in to my boss, telling him I finished the simple task he gave me earlier. He’d give me a confused look, wondering why on Earth someone would ask for more work to do. Eventually, he came up with a few spreadsheet projects that were supposed to last me a few weeks. I finished them that day. I don’t say this as a claim to my genius — though I am quite good at what I do — these were quite straightforward projects. This manager had never had anyone with strong technical competence work for them before. As a young intern, I enjoyed this dynamic, as it gave me a chance to try and impress him more with each project.

Still, I was bored. Really bored. I started to experiment taking longer breaks, or spending time just sitting in my car listening to music. When that got old, I started to take walks around the large, science-lab-meets-warehouse facility, curious to see what other departments were up to. The place was massive. Bit by bit, I tried to explore its every corner.

One day, I ran into the guy who ran the Purchasing department. I had met him a few times during breaks in the lunch room. He was one of the friendliest people I’d ever met, always eager to strike up a conversation. He started to tell me about his job, and how orders were made in the company. Every day, he would tear out a new sheet from his binder, full of rows and columns to be filled out. For reference, it looked like a Google spreadsheet, except it was on paper. (Wild, right?) He’d pass this sheet around to every single employee who made orders in each department. First the research lab team, then the engineering team, and so forth. They would each add their orders by hand, until the sheet finally made its way back to him at the end of the day. He’d then go and make calls to every single vendor to place each and every order in the sheet, marking it by hand. At the end of the day, he’d file that sheet in a binder.

After telling me all this, he stood up and gestured to the high cupboards lining his entire office. It was a wall of binders. I said nothing, gave a curt smile, and walked back to my desk. I couldn’t believe it. I knew the place was behind on technology, but this seemed far too manual of a process even for them.

I wondered to myself: What the hell am I doing here? This place is a dead end…

I moped and groaned quietly to myself for weeks. I had resigned to my situation.

One morning, I took a walk outside the facility. It was a sunny day, with a slight breeze that shifted the leaves just so. In the solitude and silence, I wondered to myself: What if I tried to change how things were done? Could I improve it?

My brain quickly responded with a resounding No, obviously not.

But it was soon followed by a whisper of Maybe…?

Until then, the only software I had built was for school assignments. I lacked confidence that I could solve real problems. Yet somehow, thanks to a combination of boredom and curiosity, I found the gumption to try anyway.

I built a simple web-based internal ordering system. The initial goal was to allow people to select their orders from a drop-down menu, which would be powered by a simple database. Instead of writing out orders by hand each time, they could open a web page, and make a few clicks. This would cut out the repetitive nature of filling out forms by hand, and significantly reduce errors at the same time.

I had never built any kind of web application before. But no one else at the company had either, and so I had no reason to feel unqualified. I did some research, and settled on using ASP and Microsoft Access. They were perfect for the task — a simple database I could manage with an administrative interface, and a simple templating language that let me create the order form web pages without much fuss.

It worked wonderfully. I kept expecting it to fail miserably, or explode in some unknown way, but it never did. There were bugs, but those required simple tweaks. Because the tool was only used internally, I could update it immediately. I was also helped by the fact that its user base was comprised of scientists and hardware engineers — they gave excellent feedback. Further, they enjoyed participating in the live development of this tool as they used it. None of them had taken part in a process where software was designed, implemented and updated on-the-fly to suit their needs.

I had fun building it, and they had fun using it. It gifted them with time, and it gifted me with purpose. As far as software development goes, that’s pretty much as good as it gets.

My manager was very supportive, happy to have someone that helped prove the “value” of his under-appreciated IT department. Other departments saw the success of my internal tool and wanted in on it too. I slowly extended it to three other departments in the company, expanding its reach and with it, my own influence as an employee.

I had gained internal infamy. Indoors, I was a celebrity. Outdoors, still a nobody.

And yet, any pride I had from my accomplishments was tempered because the technology I had used was simple. The features it demanded were straightforward, without the need for complex algorithms. I remember almost feeling guilty for how smooth the development process was. My rigorous computer science education had ingrained the idea in my mind that I needed to solve complex problems in order to be useful. This project had shaken the roots of the idea that complexity was necessary to deliver value.

My success came through curiosity and initiative, not brilliant innovation.

I would later return to the company for a second internship. My accomplishments in both would serve me well, and provide crucial stepping stones in my career. Time and time again, I would hear that what was most impressive was the initiative I showed and the positive outcomes I influenced, not the specific technological incantations I had perfected.

I look back on the internship fondly. Having worked at several big tech companies since then, I can say that it was a rare treat in being able to build simple solutions to serve user needs. When you have a tight feedback loop with real users, the process is remnant of a baker handing a customer a fresh loaf. There is joy to be found in the cycle of makers serving and users smiling.

As technologists, we often want to work at the best tech companies around, but the reality is that those big companies often don’t need us. Many brilliant engineers working at big tech companies end up doing mundane work. Meanwhile, there are thousands of not-so-tech companies that could be completely transformed with a few months of their time.

Am I suggesting all technologists should find companies who operate with outdated tech? Or that complex innovation doesn’t matter? No. But you already knew that. It’s never that cut and dry.

Opportunities for impact are there for those who look for them. (Plus, we can’t let interns have all the fun, can we?)

There are many lessons from that internship I’ve carried along with me to this day, as I write this to you. I hope there’s something you take from it too, to carry alongside you. If you only take one thing away from this, let it be this:

There is magic to be found in boredom.

You might be working in a place that feels barren, empty and without hope. But perhaps somewhere, hidden in the depths of its soil, there is a budding seed of opportunity. Let yourself be bored enough to search for it, curious enough to water it, and patient enough to tend to it. You might be amazed by what bears fruit.

Boredom is lauded as a sin, yet it gives as generously as an angel. It grants us the space to see, the breath to be, the time to try, and the fuel to fly.

Let us not waste its gift.

May we give ourselves the permission to be bored. May it guide us through the corridors of curiosity and into the open plains of opportunity.

“A person can learn all manner of things, no matter where he finds himself, provided his spirit is determined.”